”I will tell you my album is the number one hip-hop album out there now,” Hotyce says.

The talented rapper who made the move from Abuja down to Lagos in 2016 has progressed from just dropping freestyles every Friday to releasing his debut album, ”RedHotyceCold Vol 1.”

In a visit to the Pulse office to promote the album, Hotyce spoke about the inspiration behind songs on the album, working with Jesse Jagz and his plans to embark on a nationwide tour next year.

Let’s take it back a bit, how did you come about the name Hotyce? 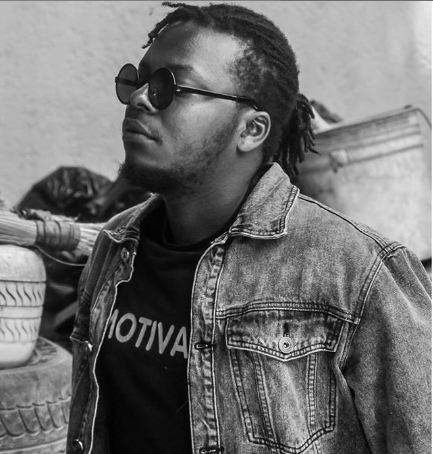 ”Hotyce represents a paradox and I definitely believe I possess those qualities.

For the album title, I just wanted to make it more personal, like two extremes, cos if it’s hot, this guy will be red hot and if its cold, I will be ice cold. So I decided to make it ”RedHOTYCECold” to tell my story.”

The rapper who emerged on the scene with the record, ’10 O Clock in VGC’ recounts how he was shuttling between Lagos and Abuja and on his way back to Lagos, he decided to create a story about his experience.

”I decided that when we get to Lagos, we will make a track and name the track the actual time we touched down in Lagos.

We called my producer [Emmeno] and we got to the studio at 10 and decided to make the song and talk about the whole things happening in my life during the period. We were being prophetic at the point.”

The recent years have seen a lot of rappers take to singing or even making Trap music and Hotyce admits that he has been faced with such pressures but he only wants to rap.

”Yes, I feel it is very important to feel fulfilled in anything that you are doing as Jesse Jagz told me ”happiness is something that can’t be measured”

On his relationship with Jesse Jagz 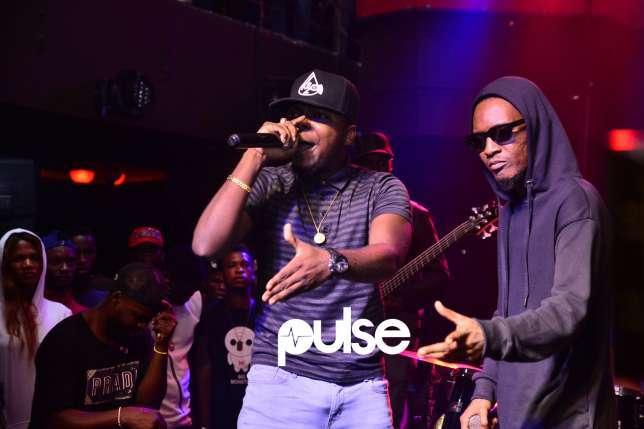 ”He was introduced to me by my in-house producer [Emmeno] and on meeting Jesse Jagz, he made it clear to me that he had known me since.

He took me to his crib and we shared deep chemistry musically and we couldn’t wait to hit the studio. Which led to the birth of songs like ‘Dirty’, ‘Red Light’ and we have another song that will probably be on Volume 2 of my project.”

On what sets him apart from other rappers

”I always try to make sure I come in a way nobody has come before and if you listen to me rap, you can definitely tell that I am fearless behind the microphone.

I am proud of being a rapper, so many Nigerian rappers don’t like the tag ‘rapper’ anymore, that’s not me.”

The new generation of Nigerian rappers are seemingly facing the genre’s toughest era with fans apathy and under-appreciation, but Hotyce feels the time works in his favour.

”To be honest, I feel it is an advantage. Emerging in a time where it’s like there is no hope and you are being perceived as a breath of fresh air, it is really encouraging.”

His take on South Africa and Nigeria rap debate

”South Africans always put hip-hop in a better light, they put it on the forefront, well packaged with the corporate bodies involved. Nigerian hip-hop doesn’t have that only the talent.”

On the reception since the album was released

”It has been less than a week and it is very positive, mind-blowing, major feed-backs from everyone from OAPs to top artists, a whole lot of people.

New people, new believers, it shows that people have been following and people appreciate what I am doing and If I keep making it better, more people are going to appreciate it.

This is less than a week, we have a couple of videos coming through that should propel more reactions.”

How long did it take to put the album together?

”The album was ready a couple of times, but I always work with this mindset that if it’s not time to drop yet, we have to keep working.

In the course of working on this project, I can say I worked on an album and two mixtapes, it took me within the space of a year plus.”

Do you think the album represents the best body of work you could have put out at this point in your career?

”A lot more could have been added to the project but I can say that this is a very dope one at this point in my career.

I had a lot of sleepless night. This is straight up fire and I am 100% proud of it.”

There have been a number of rap projects released this year, were will you rank ”RedHOTYCECold”?

”I will tell you my album is No 1. They don’t make hip-hop look good and I will definitely rank my album as number 1.”

On the idea behind the first track ‘Say Something Remarkable’

”In the time where artists don’t really say much on their records, there is no much thought put behind their lyrics, I just believe its a funny time and if I have to pay attention to you then you have to say something remarkable because ‘if you owe me, you might pay me, but if you waste my time, I can’t get it back’, that’s just the idea behind the song.”

On the Joe Budden sampling in the song

”The song had been recorded way before that incident.

Let me be honest with you, I finished shooting the video for ‘We Don’t Do That Over Here’ with Aje Filmworks and I was in the car and I got a call from Obinna Agwu and he was like ‘have you heard this Joe Budden skit to Eminem?’ and he said it will be a very good addition for the track. So we tried it out, chopped it and it worked.”

”’Purpose’ came at a very funny time in my life. It was recorded this year.

We were in the studio at 12.20am. My producer and I were vibing and creating a certain type of beat from scratch and the chorus came through. I was dealing with some form of betrayal and I just included everything and it turned out to be the track, ‘Purpose.”’

On ‘Home’ Again with Waje

”Waje was introduced to me by a mutual friend, Noble Igwe.

I had already written the chorus so Waje just came through to lace the whole thing with her angelic voice in less than 30 minutes, that is how it happened.”

The album is out now, what is the next step?

”Putting it out there more, shooting more videos and tours.

We plan to tour cities across the country, do pop-up shows to just spread the gospel and take it to different places. Expect dope videos, we already have three and we will be shooting more,”he concluded.

LISTEN TO REDHOTYCE VOL I HERE